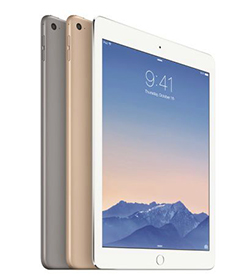 Karen has a question about Apple: I would like to inquire if you could do an article on why Apple is not updating or supporting the operating systems (OS) in the older versions of, for example, the iPad Gen 3, the iPad 2, and a lot of the older iPhones. I did ring Apple on this issue, but the lady really didn’t know why. My iPad Gen 3 OS won’t be updated to the current 10.1.1 ; I will have to stay on the OS 9.3.5. Will this make me vulnerable? The Apple lady, who had an iPad 2 herself, said probably all the old iPads will be good for is music and books. This is disappointing when my iPad Gen 3 is still like new.

Apple isn’t going to issue a statement detailing why they choose to update certain devices and not others, but it is a pretty safe bet that there are a few basic reasons.

1. Many older devices don’t have the technical specs to handle the newest version of iOS. No technology changes faster than that for mobile devices. As features such as TouchID have been added, the OS places greater demands on the device. Older devices may not have the computing power necessary to run the full operating system or allow you to use these new features.

2. Apple likes conformity among its devices and operating systems. The idea of an ecosystem such as Android, where every device is just a little different from the others, or Microsoft, who is actively still supporting four different operating systems, is a nightmare to Apple’s way of thinking. They want everyone using the same operating system on devices that are as similar as possible.

3. Apple wants you to buy stuff. If you aren’t buying devices, they aren’t making money. Let’s face it, most iPad and iPhone users like to stick with the free apps from the app store. Apple doesn’t charge for updating and maintaining the OS, so the only way they make money is by selling new devices. That is why they refresh iPads and iPhones with new features on a fairly regular basis. (They do this with iPhones more often than iPads, as more and more people preferred smartphones.)

Keep in mind that once Apple stops providing bug fixes and security patches for an operating system, that system is no longer secure. Apple tends to be very subtle about that process. They just stop listing updates for that OS. Microsoft offers scheduled end dates for support.
Here is what does not work with iOS 10: If you have a thirty-pin dock device, you are out of luck. None of those devices will function with that OS. Out in the cold are iPhone 4S, iPad 2, iPad 3, iPad mini, and iPod Touch 5th generation.