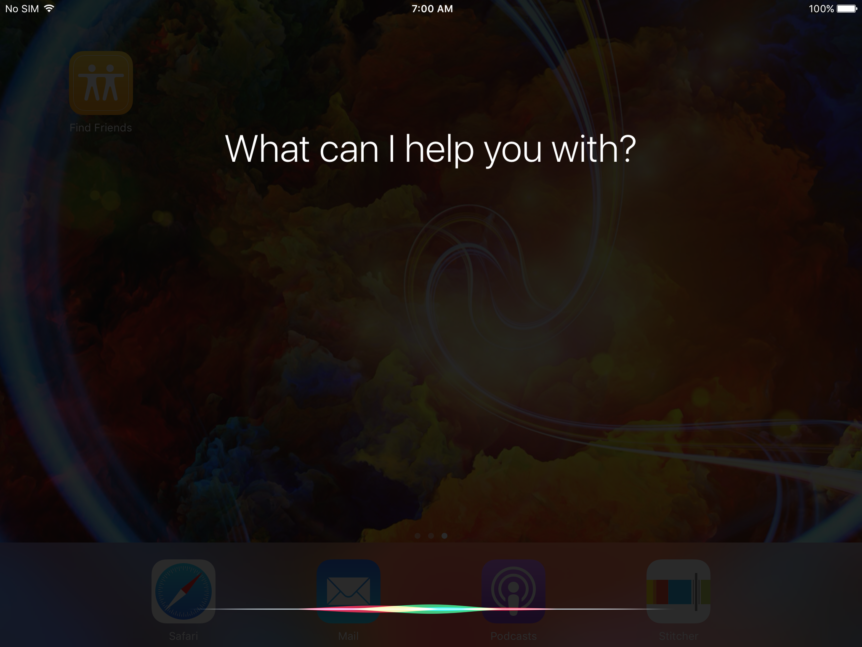 
Getting the Most Out of Siri on Your iPad or iPhone


Last month I wrote about various settings you can choose for Siri on iPads and iPhones. This month let’s talk about some ways to use Siri to get the most out of this delightful program.

To use Siri for any of the following suggestions, just press and hold the large round Start button until Siri comes on. 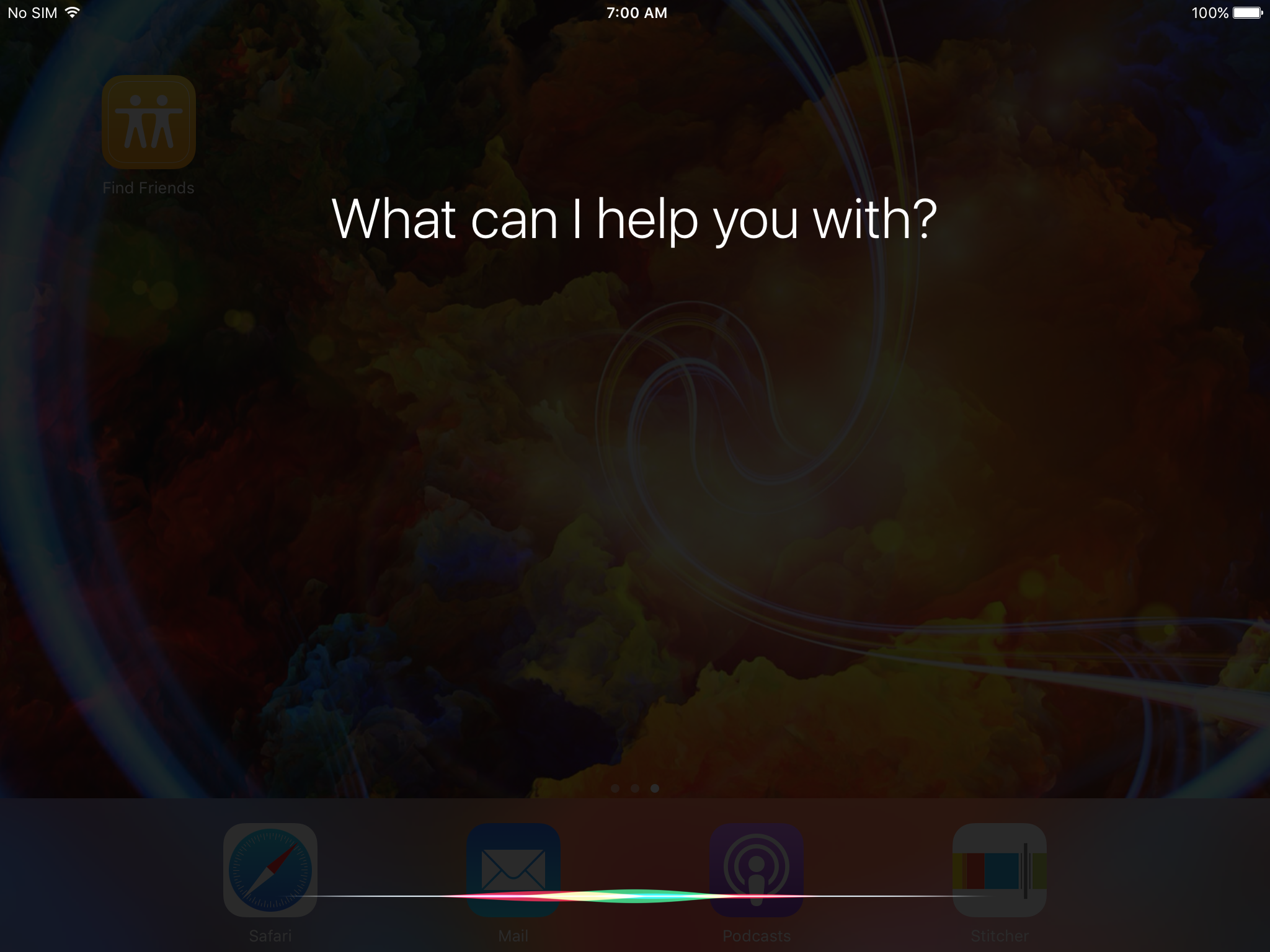 Two of the most common ways I personally use Siri are as a timer and an alarm clock. After pressing and holding the button, I just say, “Set a timer for twenty minutes” or however long I need. I use the timer for meditation, to remind me to start packing or make a phone call, and for a myriad of other needs. I also set alarms: “Set an alarm for seven o’clock.” Boom. Alarm set.

To set the sound for the timer, tap on the round Clock icon. 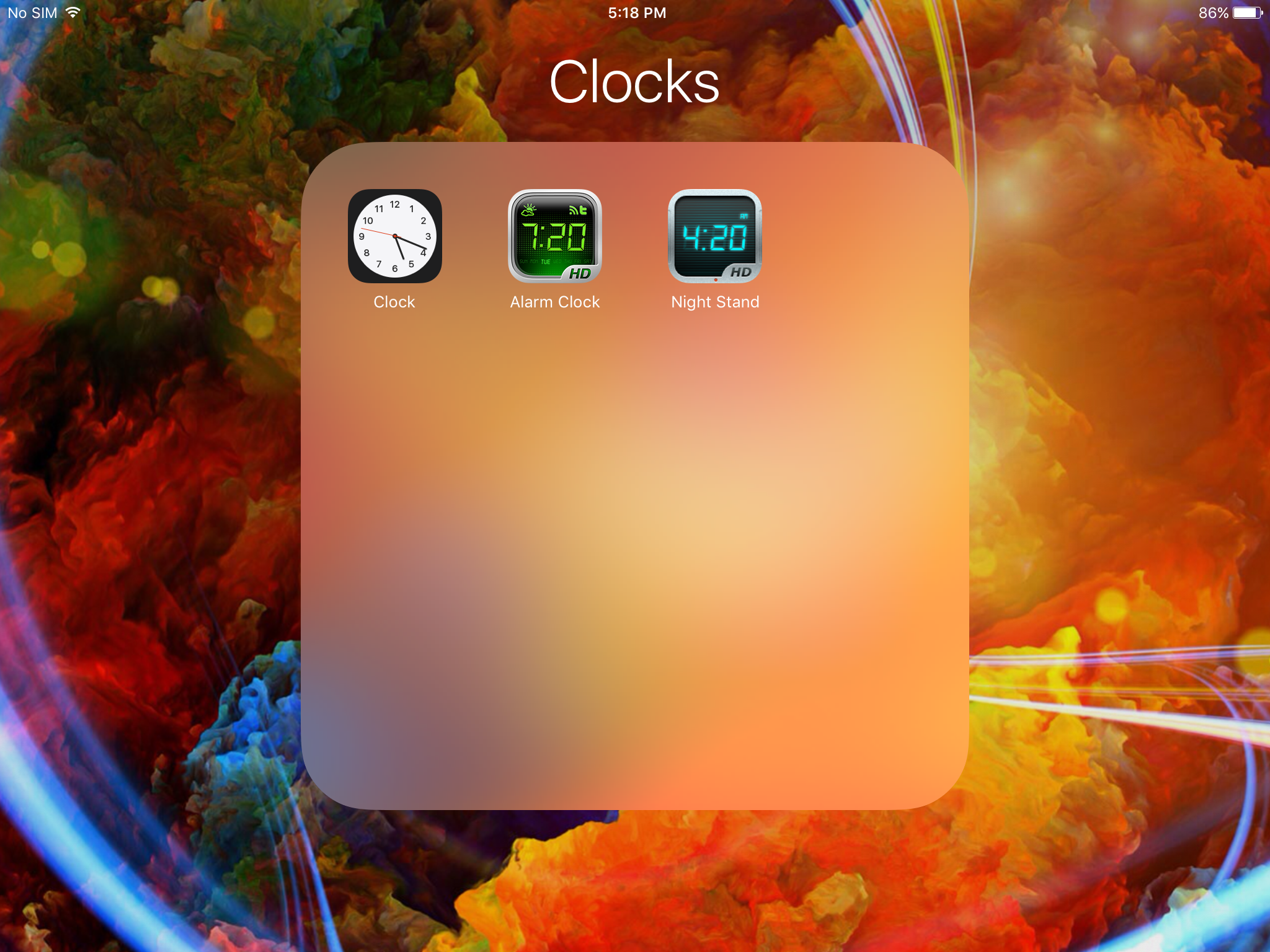 Notice the icons at the bottom of the Clock app. You have the choice of World Clock, Alarm, Stopwatch, and Timer. Tap on the Timer icon, then tap on the musical note just above it. There are a lot of choices for sound, and you can hear them just by tapping on them. I use Ripples for my meditation timer. 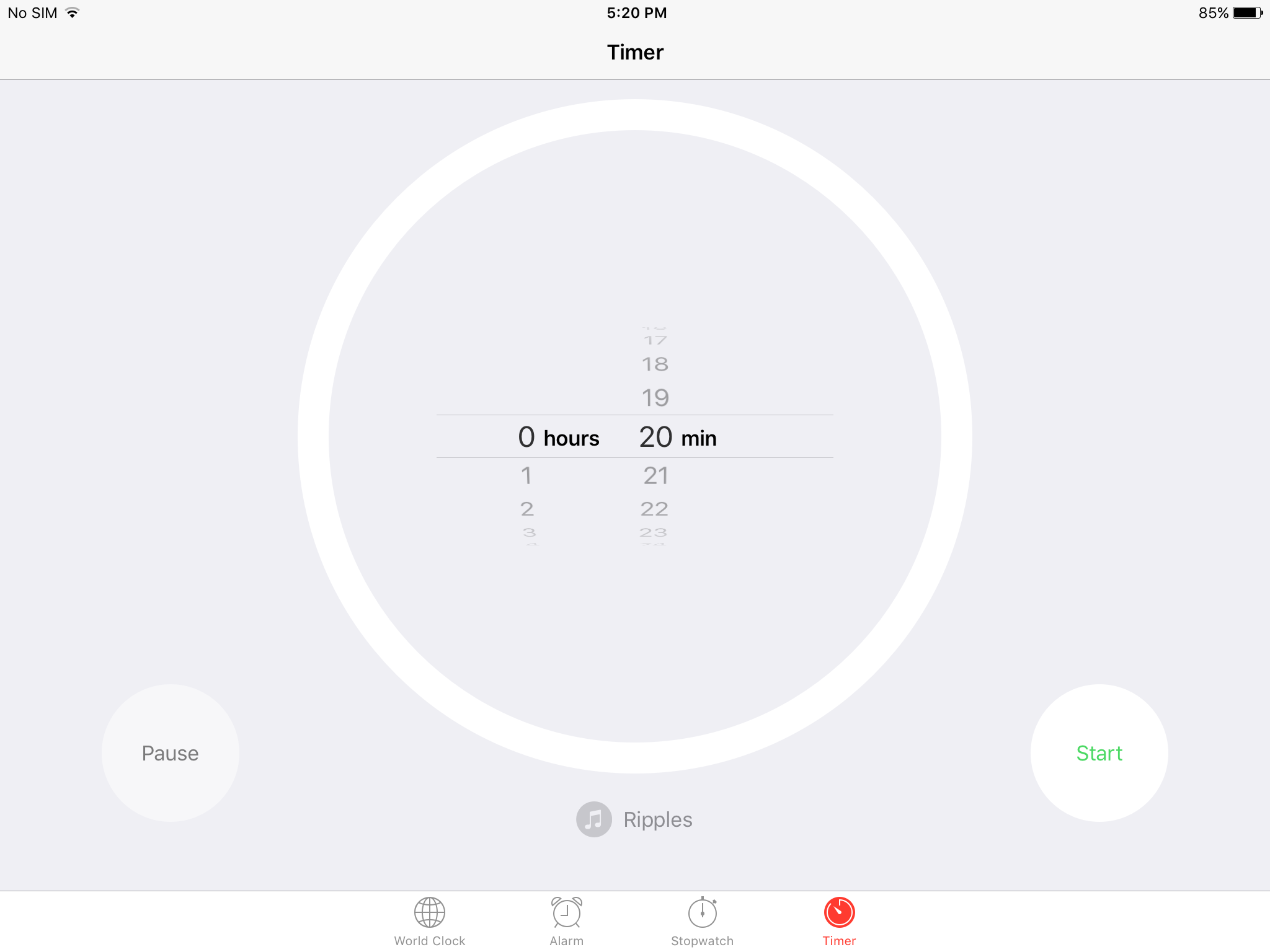 Check sports scores, schedules, and all kinds of sports-related items. You can ask questions such as “What’s the score for [my favorite team]?” “What time is [team name’s] game tonight?” “Who is winning tonight’s game?” In the image below, I asked Siri, “Who is the quarterback for the 49ers?” 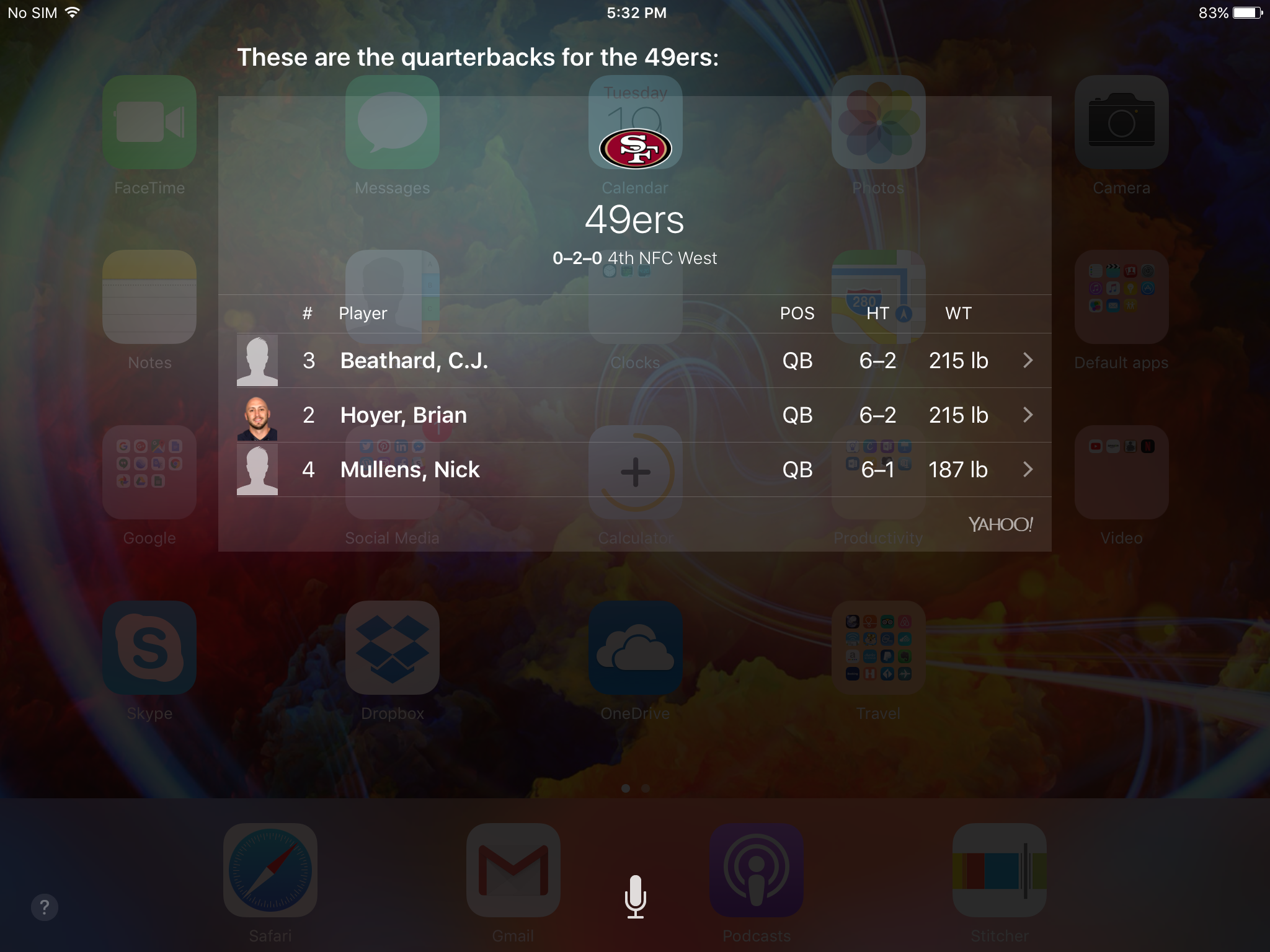 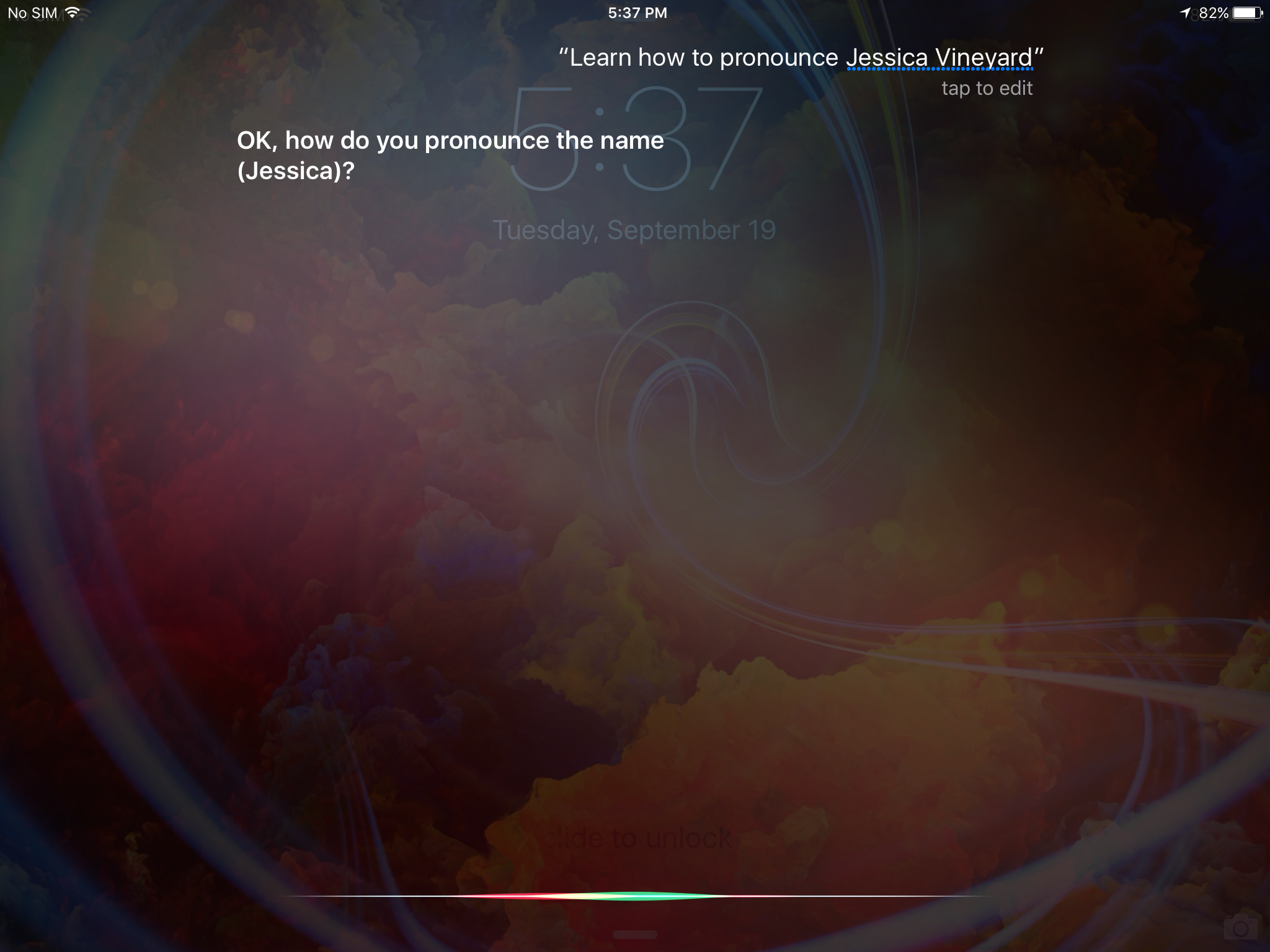 Have Siri help you make a decision by saying “Flip a coin,” or pick a random number by saying “Roll the dice.”

Siri will open your camera app when you say “Take a picture.”

Check the weather where you are or anywhere else in the world. Here I’ve asked Siri, “What is the weather in Bangkok, Thailand?” 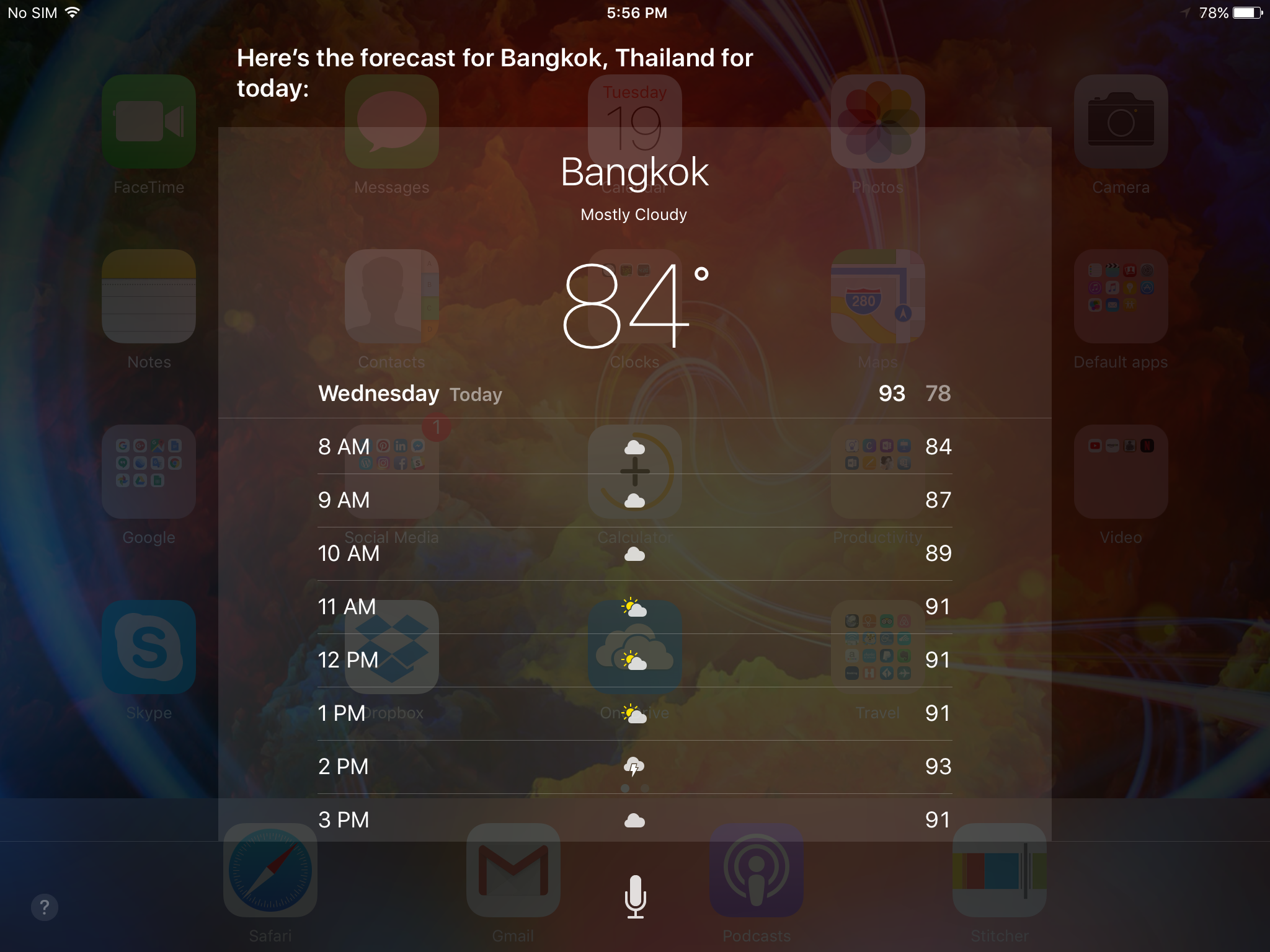 Ask Siri what movies are playing near you, create an event or appointment (“Schedule a doctor’s appointment for October 27 at 3:00”), or ask Siri to “Facetime with Mom.” Find out what time it is in Paris, launch applications (“Open Washington Post”), or check dates (“What day does Halloween fall on?”). Ask Siri how to get to the nearest Starbucks, and it will open the Map app and provide directions.

Siri has quite a sense of humor, too. I once said “Scaramouche, Scaramouche,” and Siri quoted the entire Queen song to me.

Finally, learn about Siri’s wealth of information from Siri itself. After you activate Siri, look for the little “?” symbol on the iPad (or the “i” symbol on an iPhone) that appears when you don’t say anything. Tap on the symbol, and you’ll find all manner of suggestions that can get you started using Siri to its best potential. Once you start using Siri, only your imagination is the limit. And don’t forget to ask Siri, “What is zero divided by zero?” 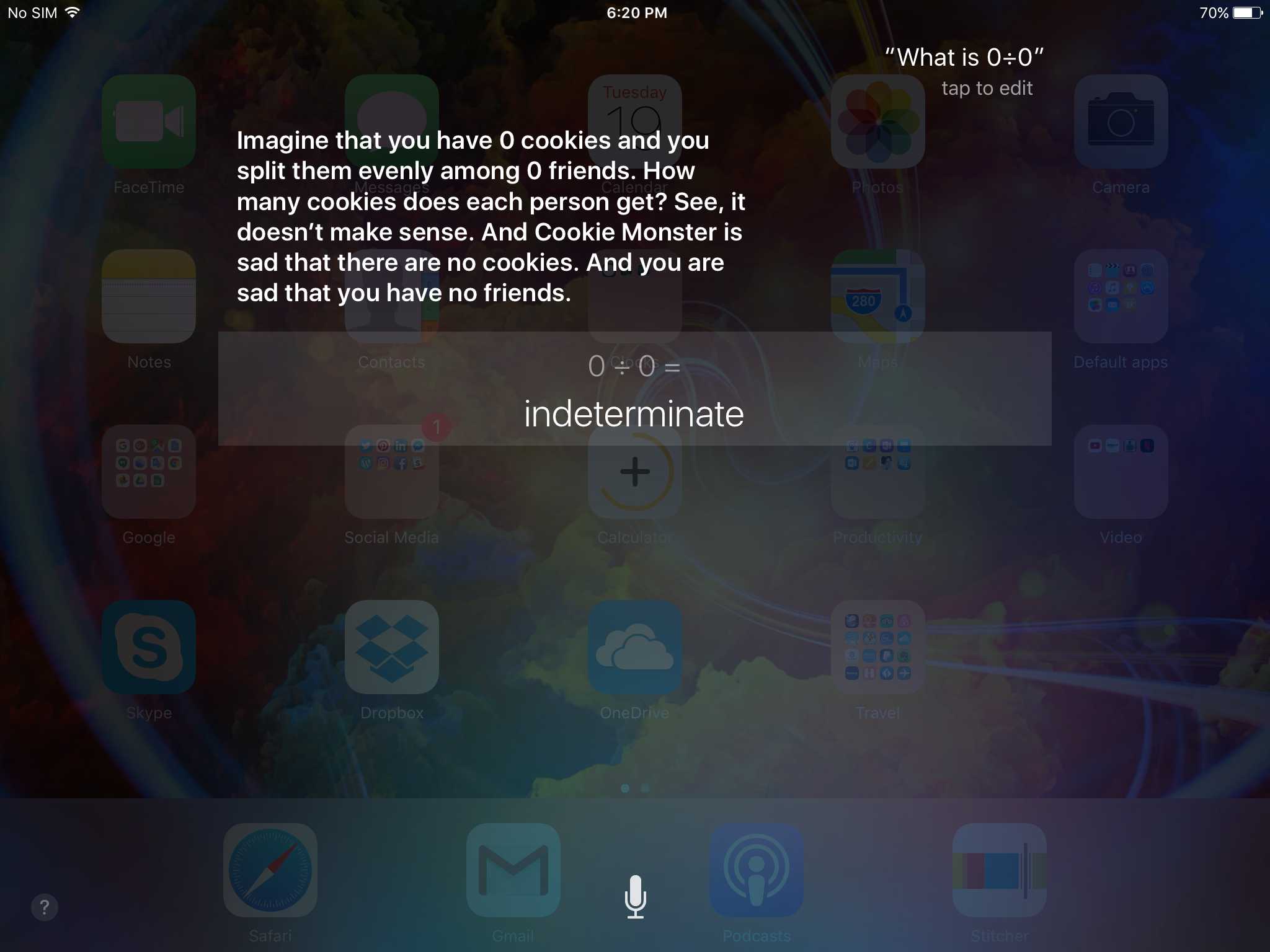