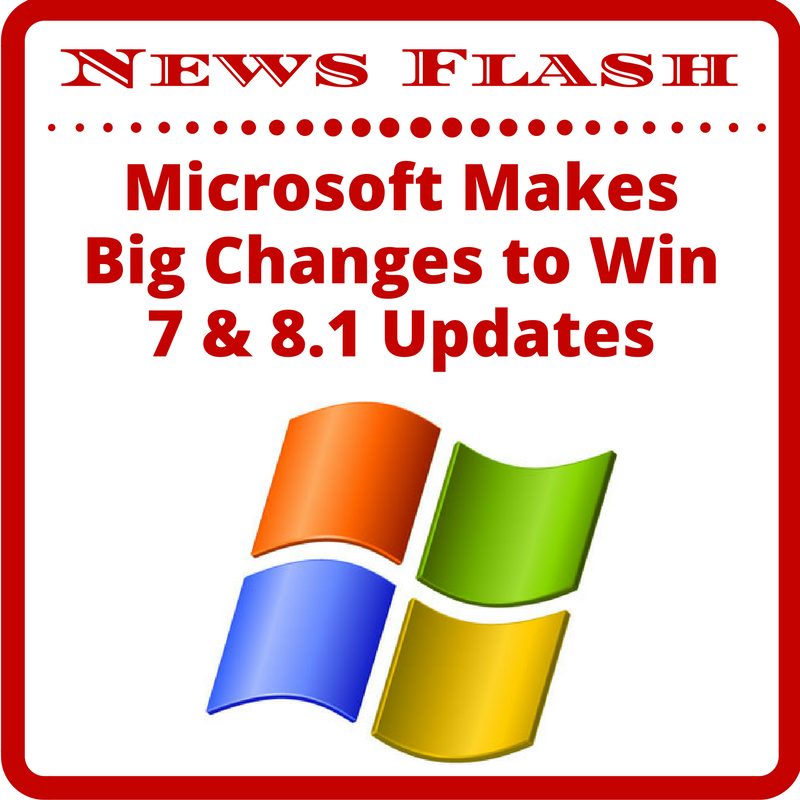 Microsoft is making a big change in the way it does updates in Windows 7 and 8.1, and this means you can expect to see larger updates and no choice in what updates you apply. The company has switched to cumulative updates instead of individual patches that the user could pick and choose from.

There will also be a security-only update available that contains only the security patches for that particular month. These patches will no longer be available on an individual patch basis. You’ll need to install the whole thing.

A lot of users were wary about the policy of mandatory updates in Windows 10. Now it looks like Microsoft is moving that way in its previous operating systems. The goal is to make sure all Windows users are basically running the same OS.