My 85-year-old mom loves her iPad, which she calls her “Apple.” I was visiting her recently, and she told me how Siri drives her crazy because sometimes she turns Siri on by accident and then doesn’t know how to turn it off. She ends up turning off her screen and turning it back on. 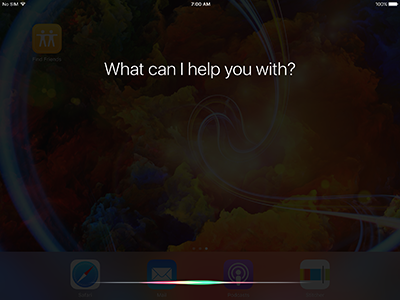 What happens is that my mom sometimes holds the round button down too long when she’s waking up her iPad, which is of course what wakes up Siri. This is when my poor mom resorts to turning the screen off and on. 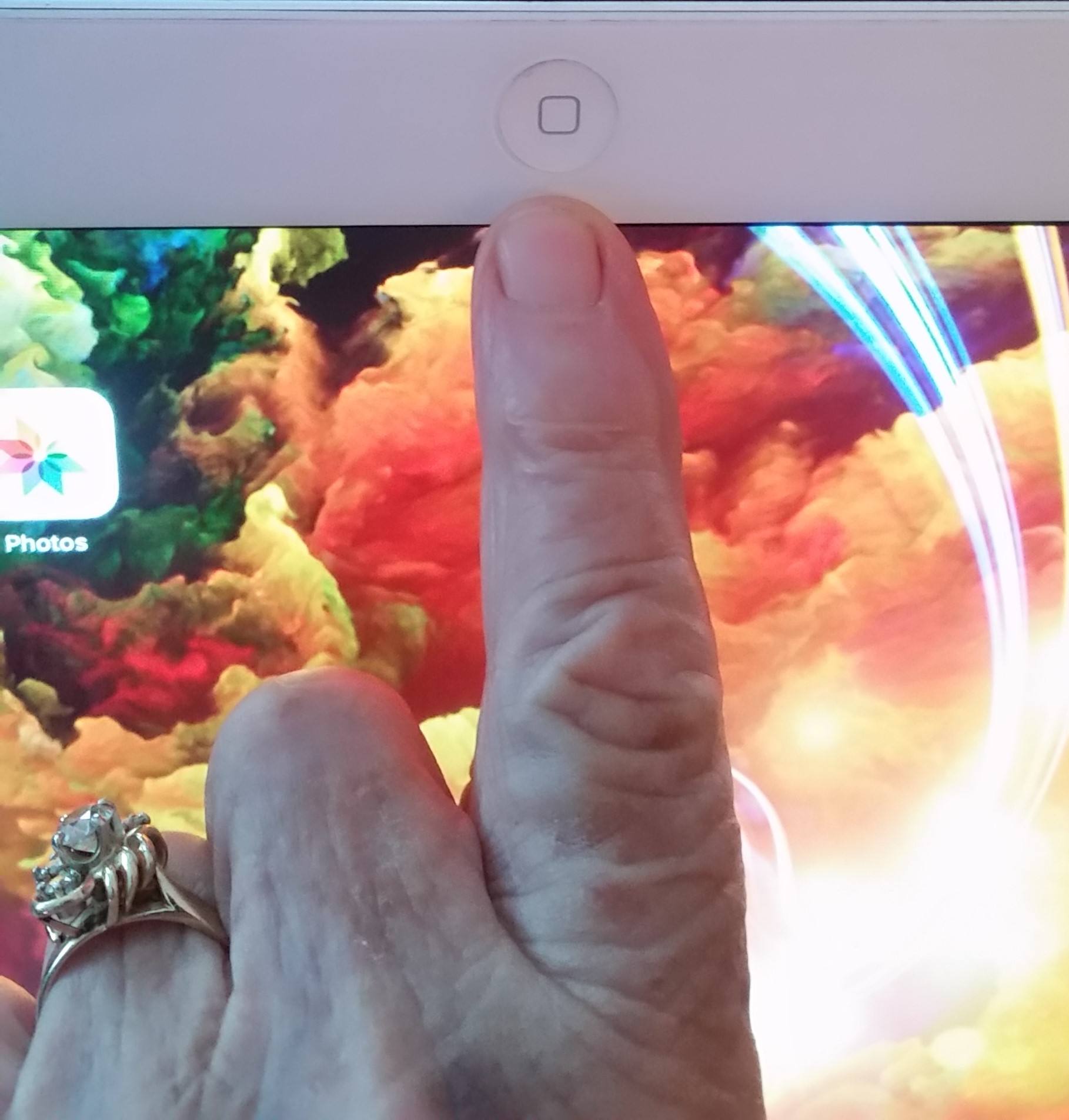 If this happens to you, turn Siri off again by simply pressing the same round button that turned Siri on in the first place. Siri then returns to cyberspace, where it will awaken from its cyber-slumber when you need it again.

Speaking of Siri, did you know that you can change Siri’s language, gender, and English accent? 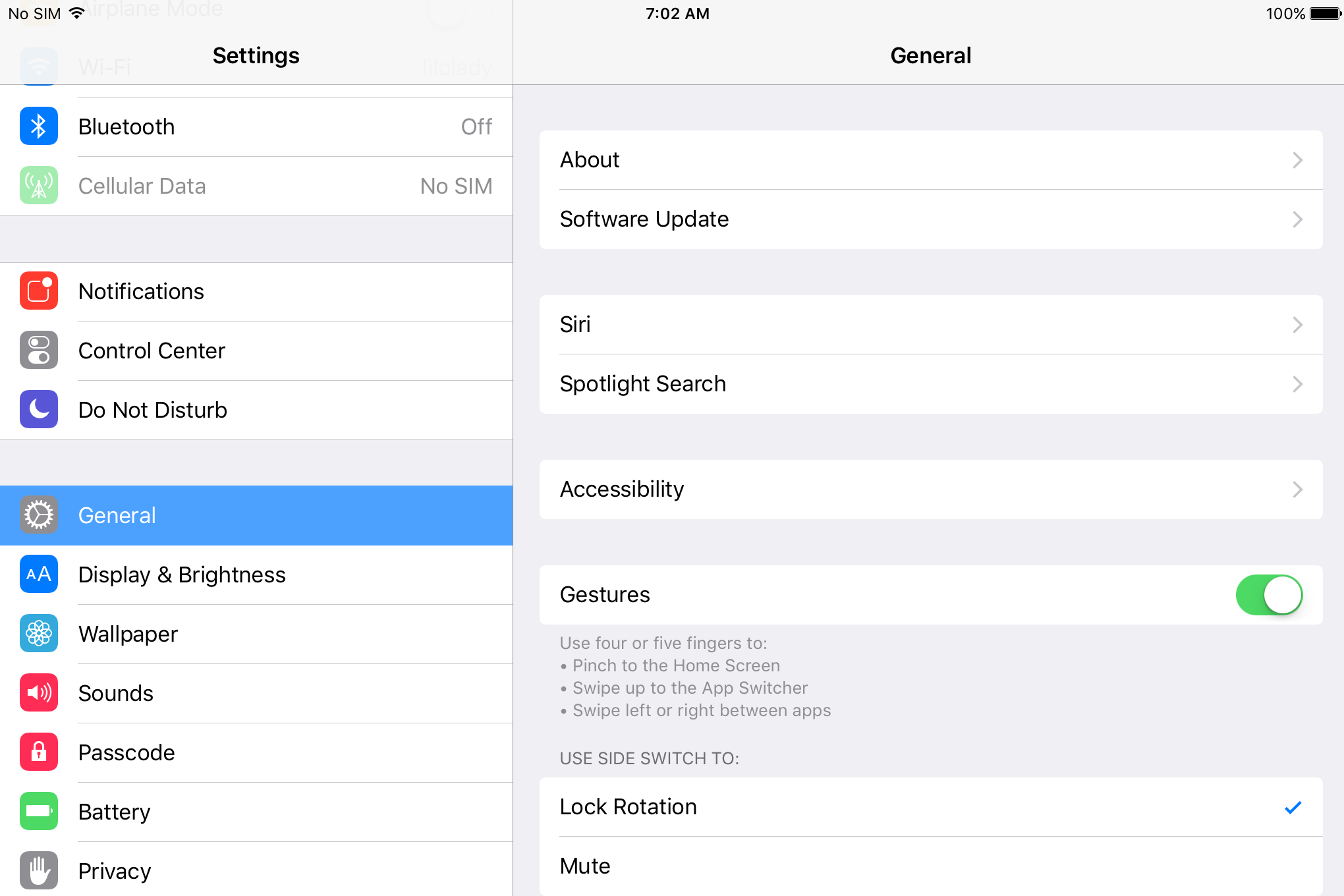 Tap on Siri. A variety of settings choices will open. Here you can turn Siri on or off, have Siri respond when you say “Hey Siri” (so you don’t have to push the round button), and change other settings. 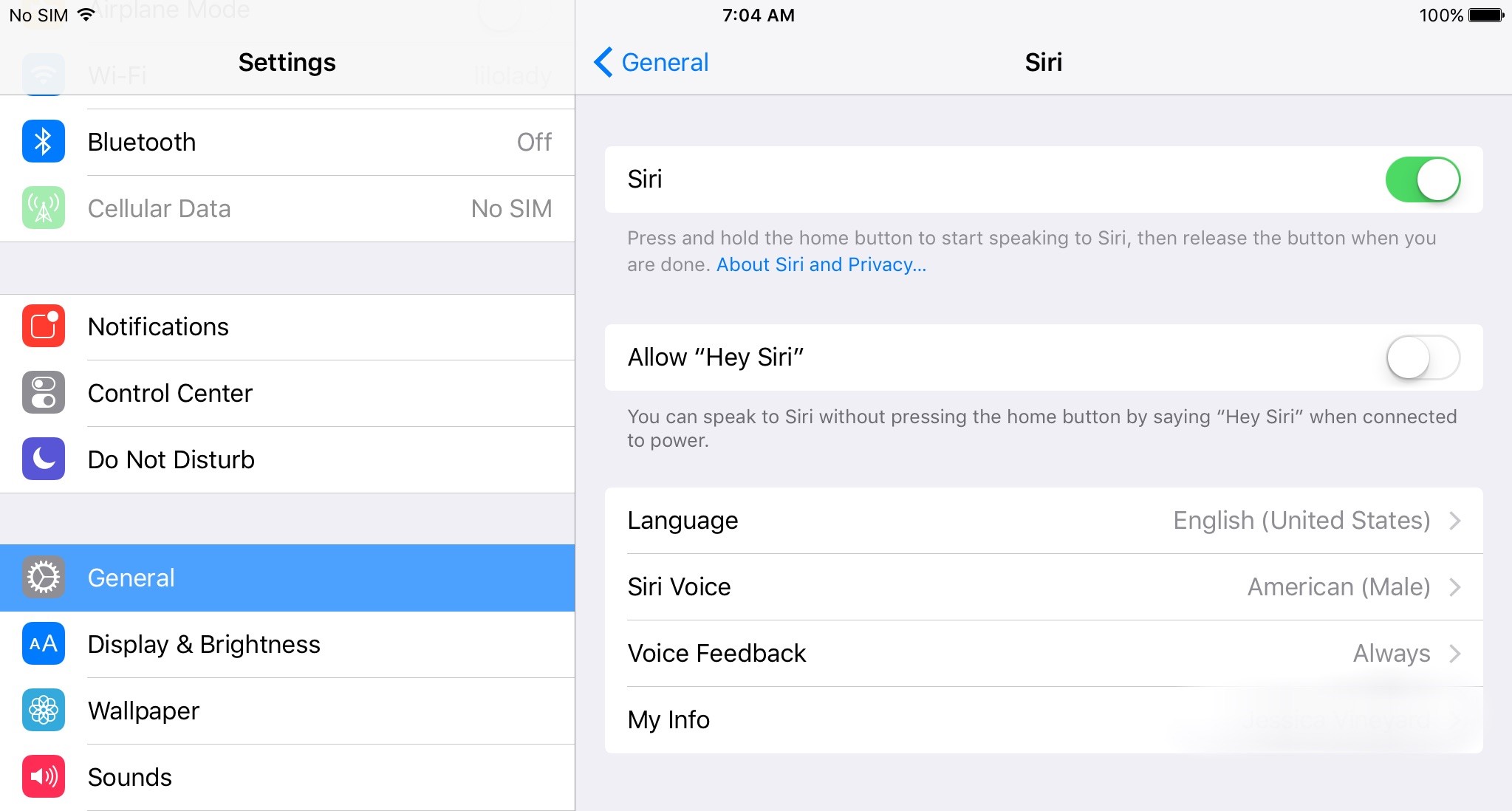 Tap the language choices to see the wide variety of languages you can choose for Siri to speak in. Notice that there are several choices for English. The choices change Siri’s accents and phrases (as far as I can tell, anyway). 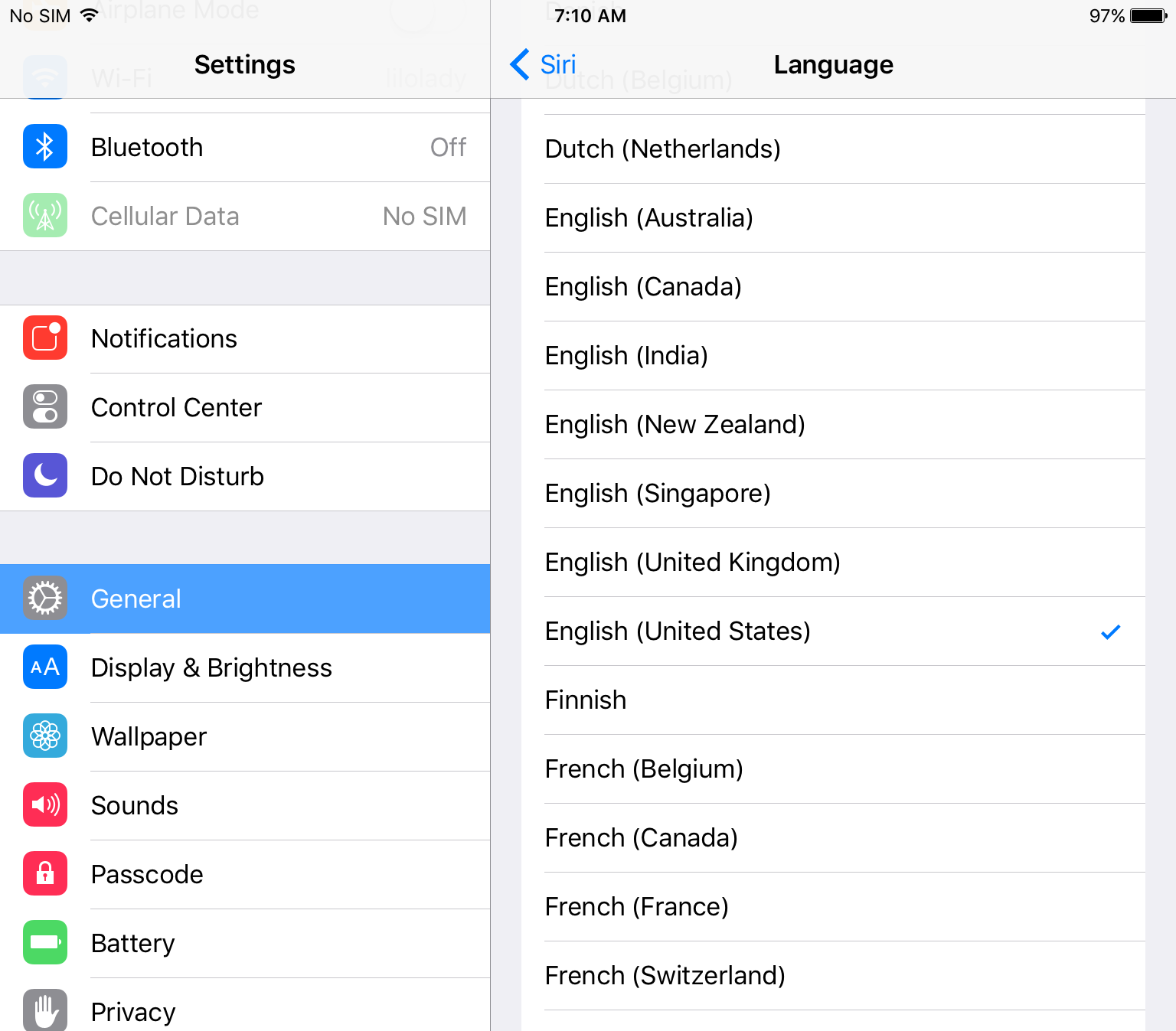 Tap the back arrow next to “Siri” at the top to go back to the Siri Voice page. Tap on Siri Voice to choose the accent and gender. Siri might need to download your choice. 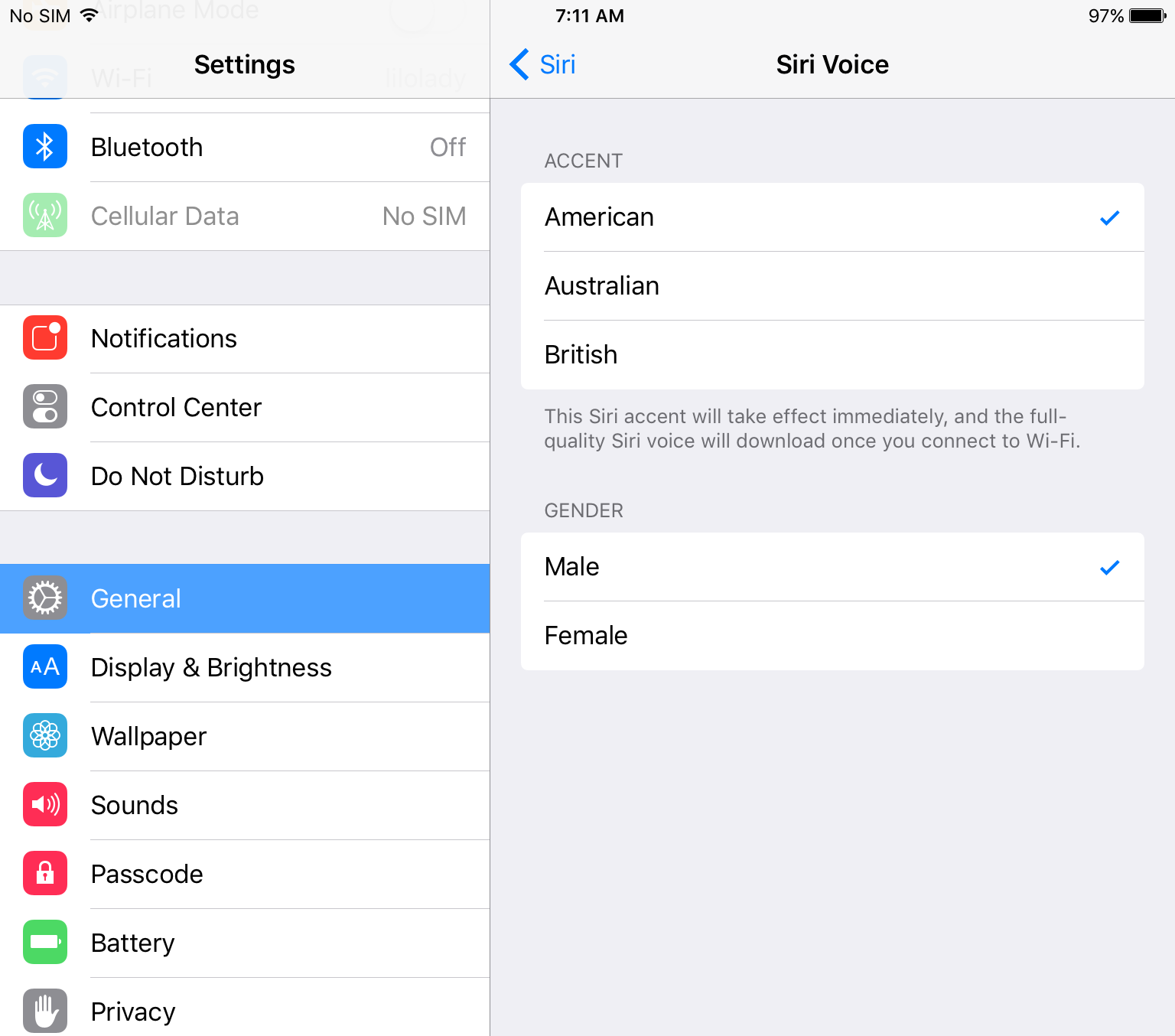 Siri’s default is a female American voice, but I found that I prefer the male American voice. You can experiment with accents and gender and see what you prefer.
Once you set up Siri to be more to your taste, you might find yourself using Siri’s incredible service and ability more often. Next month I’ll address how to use Siri to make your iPad even more useful.